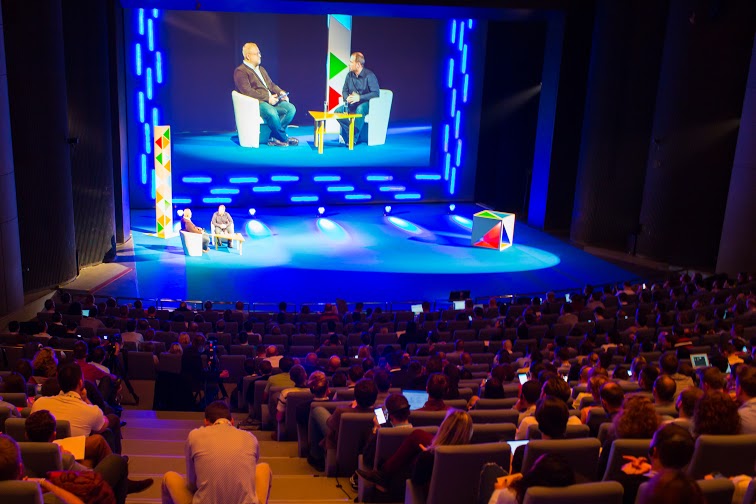 I’m not going to write about the great insights their presentations have given to me in terms of digital marketing knowledge. I would like to pinpoint one thing that really impressed me on how their presentations were made. It could be just as simple as that:

If You Want to Impress Locals, Think Locally! #mktfest

At the beginning, Avinash referred to Seznam as ‘his favorite search engine.’ He was talking about local companies, local search engine results, pinpointing weaknesses and strengths, and hitting hard on mobile-unfriendly websites in Czech.

Again, all the scenarios were performed in Czech and Czech only. He ultimately gained massive attention by local marketers. And what’s the best part? Everything was grammatically correct. <!–some Czech companies aren’t even able to make an errorless presentation in English–>

#mktfest Děkuji | Ďakujem vám | Dziękuję | Merci! It was fantastic, you all rock! It was so much fun. pic.twitter.com/P2PDFQ29ZH

Peter Meyers and his Czech heritage

Believe it or not, Peter a.k.a. Dr. Pete’s ancestors were Czechoslovakian. A decent applause sounded thru Janacek Theater when he revealed that. He was even not feared to provide supporting documents such as birth certificates and family photos.

The World of Google: US Vs. Europe from Peter Meyers

Honestly, do you know of any better way than this to get the locals on the same page? Moreover, when you learn a couple of local words and how to pronounce them properly. Dr. Pete nailed his speech even more when he added a comparative data analysis that included US, Czech and Polish searches. Well done, Pete!

You know you have a cool job when you can shout "You know nothing, Jon Snow!" in Czech on stage and be rewarded for your behavior.

Liked Avinash’s and Pete’s presentations with a local twist? Share the article with your friends!

Martin a.k.a. @HermanTinkura helps international and local companies enter new markets by creating a vast multi-cultural SEO strategy. Martin writes for SEMrush and likes to explore different cultures of the world, which is his favorite part of his work.

I would recommend Martin for being a great expert in the area of SEO and online marketing. Moreover, I found him willing to explore new ideas, very supportive and responsible & creative in performing his tasks.